FEDERER, WOODS, BRYANT, PHELPS, AND… WHO? 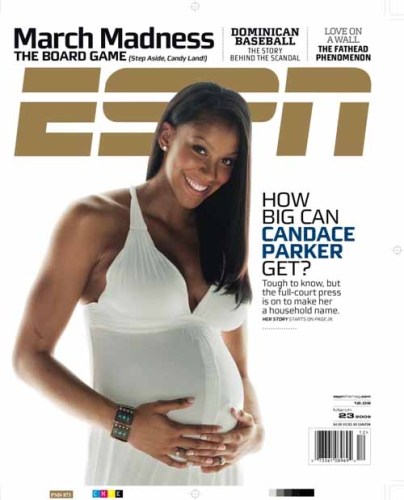 The article, by Times writer Karen Crouse, hinged on the thesis that Federer’s drive is truly his greatest asset, and it puts him in the rare pantheon with just a handful of other athletes.

It would have been understandable if Federer had experienced a drop in desire after notching his milestone 15th Grand Slam victory at Wimbledon, then helping his wife, Mirka, welcome the couple’s first children into the world.

But Federer’s drive is greater even than his genius, which is true of relatively few sports superstars, among them Tiger Woods and Kobe Bryant, Michael Phelps and Candace Parker.

I’m all for including female athletes in the conversation when we discuss all-time greats, but Candace Parker? I’d expect that in some ESPN debate with Skip Bayless, but this is the New York Times.